The Honorable Beverly White Yeager, a native of Florida, has been active in government and her community her entire life. She had two appointments by President Ronald Reagan and two by President Bill Clinton. She started the first cultural program in Florida with the $25,000 given to each state by the Federal Government. This was an appointment recommended by Governor Farris Bryant. She later became the director of the Cultural Affairs Division in the Secretary of State’s office being over the Florida Arts Council and the Historical Boards. She ran for Secretary of State, being the first woman to attempt such a position. As of that time, no woman had run for a cabinet office. This was a very close race, and she became a mentor for many women who came after her. Her last position was the International Trade and Development Coordinator for Governor Lawton Chiles, after which she retired from government service.

Her community involvements include the founding member of the Palm Beach Bascom Palmer Eye Institute where she was awarded the 1989 Woman of Vision Award. She has served on the board of the American Red Cross, the Florida Heart Association, the South Florida Science Museum. She has been chairman of numerous charity balls and is currently an Advisory Board Member of the Ambassadors of the Salvation Army 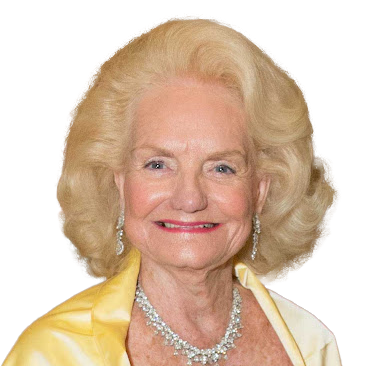