Clara C. Frye, formerly of Tampa, was trained in nursing care in Alabama and moved to Tampa in 1901. She had heard many stories about the high volume of black patients who died because they were denied medical treatment in “whites only” facilities. She committed her life to providing medical care to Tampa’s black citizens. She began caring for the sick and injured black population in her small Tampa home. In 1923, she moved to a small 17-bed hospital on Lamar Avenue, where she relied heavily on donations to alleviate the financial struggles of running a hospital. In 1928, the City of Tampa purchased the hospital, which was then known as the Tampa Negro Hospital. Ten years later the structure was dedicated as the Clara Frye Memorial Hospital. Political and economic struggles, lack of funding, overcrowding, and insufficient staffing led to the closing and demolition of the hospital in 1973. Ms. Frye died an impoverished woman in 1936. In her honor, Tampa General Hospital named a pavilion after her. In 2011, Ms. Frye was honored as one of the ten charter inductees into the newly established Hillsborough County Women’s Hall of Fame. She is remembered as a great selfless servant, leader, and a visionary humanitarian. 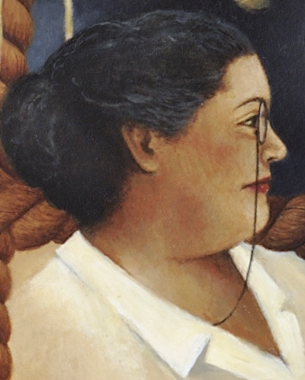