JoAnn Hardin Morgan, The first woman in launch control and later, in an executive position at the Kennedy Space Center, she was determined to be part of the exploration of space from girlhood. A Brevard County resident, she was born in Huntsville, Alabama and grew up in Florida, where she began working at Cape Canaveral on the day after graduating from Titusville High School. While studying at the University of Florida and at Jacksonville State University in Alabama, she continued to work during summers for NASA and was pictured in national magazines during the 1960’s as the only female face on the Apollo launch team among hundreds of men. She earned a B.A. in mathematics, married, earned a M.S. degree at California’s Stanford University, capping her technical successes on the launch team for the Apollo, Apollo-Soyuz, and Skylab launches. She became the first woman Senior Executive at Kennedy Space Center, winning medals and many honors as an engineering manager. After some years as Director of Payload Projects Management, in the late 1990’s she was selected Director for Safety and Mission Assurance, one of the last two people who verify the space shuttle ready to launch. She continued her NASA career as Associate Director for the Kennedy Space Center and Director of External Relations and Business Development. President Clinton honored her in 1995, and again in 1998 as a meritorious executive. In 2001, the Governor of Florida appointed her to be one of Florida’s new University Trustees, assigned to the University of Florida’s Aerospace Engineering, University of Central Florida’s College of Engineering and the University of West Florida’s Institute for Human and Machine Cognition. Her tireless advocacy for women in science and engineering spans nearly five decades. 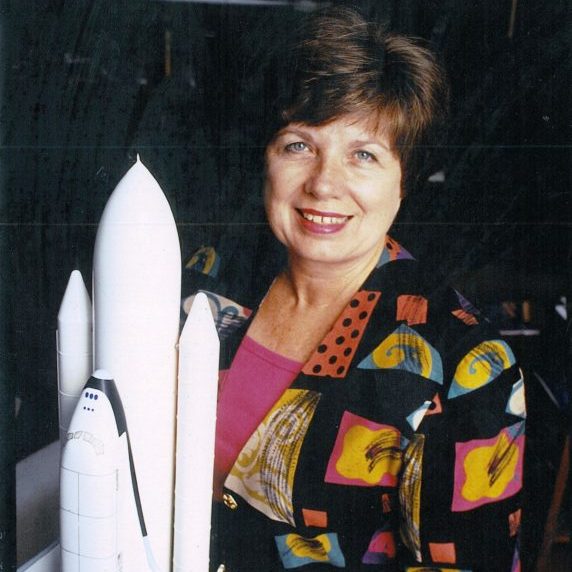