Louise Jones Gopher of the Brighton Indian Reservation in Okeechobee was the first female member of the Seminole Tribe of Florida to earn a college degree, graduating from Florida Atlantic University with a degree in business. As a former director of education for the Seminole Tribe of Florida, she has been a champion of education for all its members. Born in a chickee in a Fort Pierce Seminole camp, Ms. Gopher spoke no English when she entered school. Nonetheless, she became the first Seminole woman to graduate with a four-year college degree. Known for her dedication to the preservation of Seminole Tribe of Florida culture, Ms. Gopher was a driving force behind the development of the tribe’s first charter school, known as “Pemayetv Emahakv” or “Our Way” School, which opened its doors in 2007. With a focus on American Indian culture, the school addresses the problem of cultural preservation that all Native Americans face by teaching Seminole Tribe of Florida language and traditions to its young members. As a recognized authority and author on tribal history and cultural preservation, Ms. Gopher also was instrumental in the development of FSU’s groundbreaking course, “History of the Seminoles and Southeastern Tribes, Pre-Contact to Present,” which was offered to students for the first time in 2006. Ms. Gopher is credited with helping to increase the number of tribal members who have pursued higher education, including 11 with degrees from, or currently enrolled at, FSU. At the time of her retirement in 2007, a remarkable 90 percent of tribal members were active participants in the programs administered by the Seminole Tribe’s Education Department. 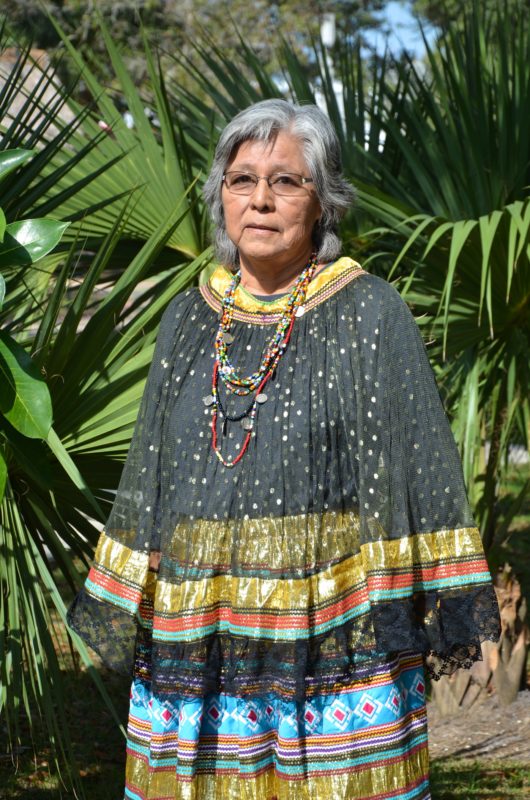