Major General Marianne Mathewson-Chapman, Ph.D., was the first woman in the Army National Guard to be promoted to the rank of Major General. The Major General’s active military service began in 1970 when she was commissioned in the Navy Nurse Corps. She currently serves as Deputy Surgeon General and Special Assistant to the Surgeon General of the U.S. Army/Director, Army National Guard. She also serves as the vice-chair on the National Army Guard Equal Opportunity Committee, and has served as Chairperson of the Adjutant General’s Advisory Council on Minorities’ and Women’s Issues. A powerful health care advocate, she specializes in the field of oncology. 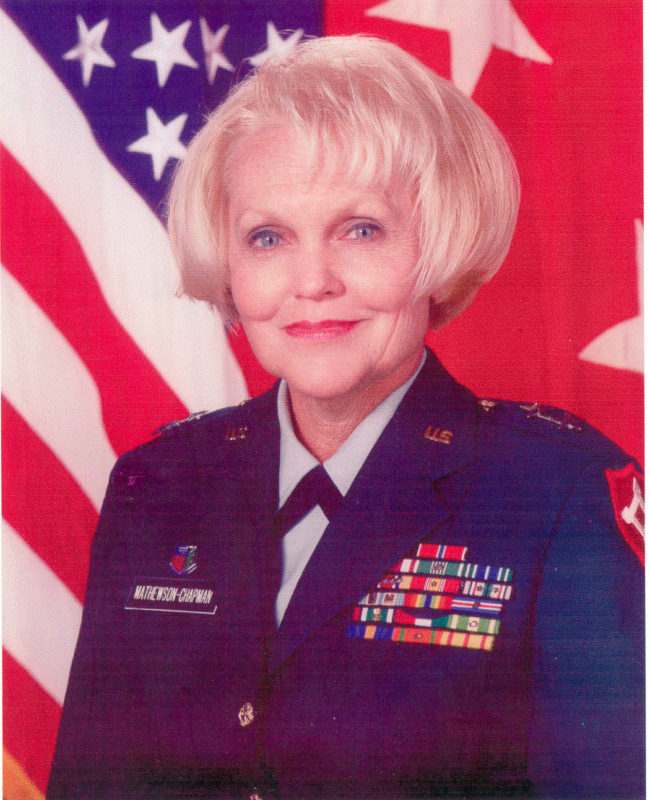