In her brief life, Mary Lou Baker made a difference. Born in Utah, her family moved to Clearwater, Florida in 1925. She attended Florida Southern College and Stetson Law School. In 1942, she succeeded in winning a seat in the Florida House of Representatives, becoming only the second woman to hold office in that political body. When she took her seat in the wartime 1943 Legislature, she was the only woman.  Baker boldly introduced the Women’s Rights bill. The measure, she contended, provided a married woman “the legal right to carry on business when her husband goes away to war.”  The press nicknamed the legislation, the “Women’s Emancipation Bill.” The irrepressible Baker lobbied every single legislator and maneuvered the bill to victory.

Running for reelection in 1944, Baker’s “feminism” became a campaign issue. Although married, she stubbornly retained her maiden name. When an opponent insisted she explain her actions, she said famously, “I received my law degree as Mary Lou Baker. . . It might even be considered unsportsmanlike for me to use the name of my husband on the ballot and thereby borrow the good will established by the name of Captain Searle H. Matthews.” The St. Petersburg Times saluted “the most unusual post-campaign statement ever to come from a winning candidate.” Baker announced to supporters that she had just delivered the best possible news to her husband: She not only won the election, she was pregnant!

Mary Lou Baker died in 1965. The Florida Law Journal summarized her career: “To Mary Lou Baker, the lady from Pinellas must be given credit for accomplishing the most historic change which has occurred in the basic law of the State of Florida in the past generation.” 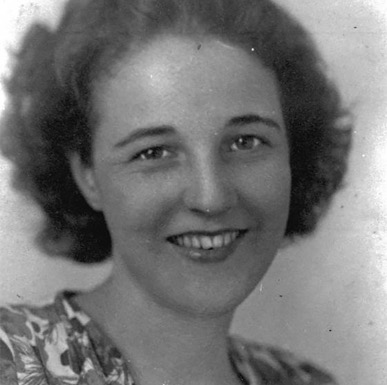